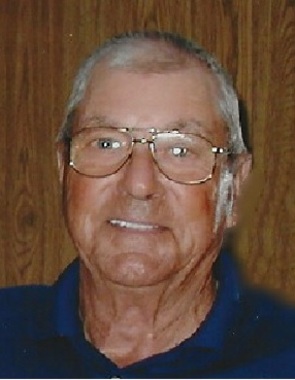 Back to Oscar's story

Mr. Oscar Sloan, age 91, of Brinegar Road, Olive Hill, entered into rest Tuesday morning, January 28, 2020, at Life Care Center in Morehead.
He was born March 16, 1928, in Rowan County, a son of the late Woodrow and Susie Fraley Sloan.
Oscar was a member of the Brinegar Church of God and was a farmer. He enjoyed telling stories, being outdoors and taking walks.
In addition to his parents, he was preceded in death by his wife, Nora Kiser Sloan; three sons, Paul Sloan, Robert Slone and Monroe "Buck" Sloan; three brothers, Bill Sloan, Buddy Sloan and Thomas Sloan; and four sisters, Bertha Kiser, Myrtle Clark, Vada Lowe and Ollie Sparks.
Oscar is survived by one daughter-in-law, Betty Slone of Olive Hill; four grandchildren; and nine great grandchildren. He also leaves other family members and friends who will sadly miss him.
Funeral services will be held at 11 a.m. Saturday, February 1, 2020, at Globe Funeral Chapel in Olive Hill, with Brother Louie Harris officiating. Burial will follow in the Sloan Cemetery in Olive Hill.
Friends may visit from 10 a.m. to 11 a.m. Saturday, February 1, 2020, at the funeral home.
Zak Sloan, Austin Sloan, Ronnie Sloan, Mike Clark, Rodney Gilliam, Josh Gilliam and Wesley Gilliam will serve as pallbearers.
Condolences may be sent to the family at www.globefc.com.
Published on February 3, 2020
To send flowers to the family of Oscar Sloan, please visit Tribute Store.

Send flowers
in memory of Oscar

A place to share condolences and memories.
The guestbook expires on May 03, 2020.