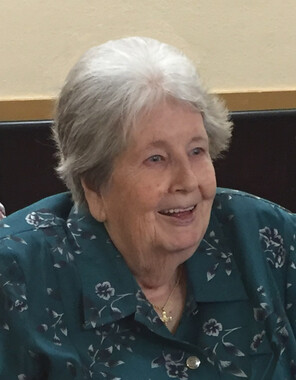 Back to Maxine's story

Maxine Reynolds Conn, 80, passed away Wednesday, February 5, surrounded by her family, following an extended illness, at St. Claire Regional Medical Center.
She was born February 28, 1939 in Elliott Co., KY, a daughter of the late George and Ella Justice Reynolds.
In addition to her parents, she was preceded in death by one grandson, Jason Reynolds; one brother, Arlie Reynolds; and one sister, Edith Meade.
Maxine was a Christian who enjoyed quilting, having big dinners with all of her family, scratch off tickets, and spending time with her grandchildren and great-grandchildren.
She is survived by her husband of 59 years, Golden "Junior" Conn; one son, Brian Conn; three daughters, Deborah Fairchild (John Brown) of Olive Hill, MaDonna (Rick) Osborn of Wurtland, KY, and Bridgett Conn of Grayson, KY; four grandchildren, Jeremy Damron, Brittani Damron, Felicia Havens, and Lauren Cottle; three great-grandchildren, Ethan Damron, Roger Damron and Ryleigh Riddle; three sisters, Francis (Carl) May, Lucille Walker, and Christine Bond, all of Olive Hill; and two brothers, Arnold Reynolds of Galion, OH, and Paul (Marie) Reynolds of Olive Hill. In addition to these, she also leaves behind a special friend, Liddy Alice Lewis of Olive Hill, as well as numerous nieces and nephews, all of whom will mourn her passing.
Funeral services were conducted Monday, February 10, 2020 at 1:00PM at Duvall & Moore Funeral Home with Bro. Andrew Justice officiating. Burial followed at J & M Conn Cemetery in Elliott County, KY.
Friends visited from 4:00 to 9:00PM on Sunday, February 9, 2020 and until time of service on Monday at the Duvall & Moore Funeral Home & Cremation Service, 149 Whitt Street, Olive Hill, KY.
Online Condolences may be sent to www.duvallandmoore.com
Published on February 10, 2020
To send flowers to the family of Maxine Reynolds Conn, please visit Tribute Store.

Send flowers
in memory of Maxine