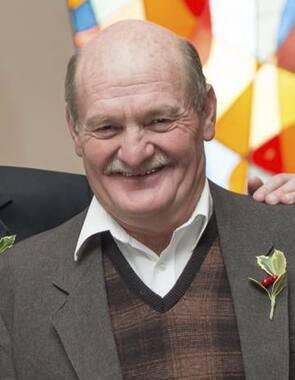 Back to Keith's story

Keith Edward "Beatle" Gee, 66, of Olive Hill, Kentucky passed away peacefully in his home early Tuesday morning, December 24, 2019. The second son of the late Virgil and Dora Gee, Keith was born February 5, 1953 in Ironton, OH.
A devout Christian and member of the Olive Hill Church of Christ in Olive Hill KY, Keith led songs and served as Treasurer and Trustee for many years.

He was a United States Army Veteran serving toward the end of the Vietnam War. After his service he worked as a Heavy Equipment Greaser retiring after 45 years. Following his retirement Keith worked for Duvall & Moore Funeral Home & East KY Monument Co. in Olive Hill, KY.

In addition to his parents he is preceded in death by his brother Joseph Gee, and his sister Carolyn "Johnnie" Johnson.

Online Condolences may be sent to www.duvallandmoore.com
Published on January 1, 2020
To plant a tree in memory of Keith Edward Gee, please visit Tribute Store.

Plant a tree in memory
of Keith

A place to share condolences and memories.
The guestbook expires on March 31, 2020.