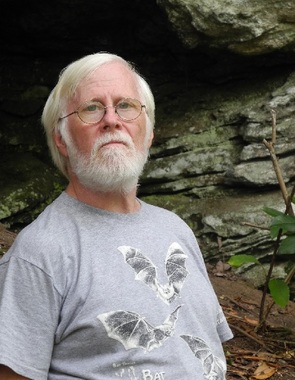 John was known by many, not only across the Commonwealth, but across the United States for his passion for faith, nature, state parks, music and life. Early on, "Johnny," as many people at First Christian Church knew him, stood out because of his singing. His voice continued to provide beautiful songs throughout his life, both in church and elsewhere. He was respected within the church for providing guidance, comfort, and wisdom. He was, first and foremost, a servant.

John began his career with Kentucky State Parks at 16 years of age as a bellhop at Carter Caves State Resort Park. He quickly became a cave guide and began studying at Morehead State University, receiving a BS in Geology and Biology. He was then promoted to the position of Park Naturalist (after the existing naturalist neglected to show up for work). Over the next 32 years, he became one of the most recognizable figures within Kentucky State Parks creating, or helping to create, programs and events which, 19 years after his retirement, are still being conducted. His influence and wisdom reach beyond Kentucky's borders through the countless park visitors and more than 50,000 school children who owe their first experiences with nature to the man who became known as "Mr. Carter Caves." He was loved and respected by everyone who met him.

He was the son of the late Francis J. "Bud" and Mary Belle Prichard Tierney. John is survived by his loving wife of over 52 years, Lelana; 2 sons: John Graves Tierney and Paul Jason Tierney; 2 daughters-in-law: Susan and Jennifer (both of whom were his favorite); an extended family of brothers-in-law and sisters in-law: Ronnie (Rachel) Graves, Gene (Uneva) Graves, Jack (Vicky) Graves; as well as a host of nephews, nieces, great nephews, and grandnephews who only knew him as "Papaw John." John Tierney will be celebrated by all those with whom he shared his journey, including his beloved "Old Geezers" and the thousands of people he influenced during his amazing life.

A Celebration of Life Service will be held at 4 p.m. Saturday, January 18, 2020 at the First Christian Church in Olive Hill, with Brother Dave Shanklin officiating.

Globe Funeral Chapel in Olive Hill, will be caring for all arrangements for Mr. John Prichard Tierney.

Condolences may be sent to the family at www.globefc.com.
Published on January 15, 2020
To plant a tree in memory of John Prichard Tierney, please visit Tribute Store.

A place to share condolences and memories.
The guestbook expires on April 14, 2020.

Paul Webster
The most admired person/boss that I have had in my life of now 64 years. When he hired me in 1973 my Park Administration degree and all great things after were initiated by his faith that I had potential. Two Master's degrees later and now a retired special education teacher, he was part of my success in life all of the way.
View all