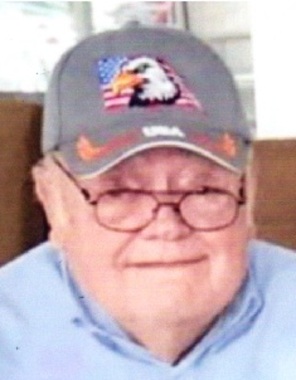 Back to Glen's story

He was born January 16, 1941, in Carter County, Kentucky, a son of the late Tom and Marceline Ingles Bond.

Glen was a member of the Mills Branch Apostolic Church and proudly served our country in the United States Army. He was a retired machinist and enjoyed fishing, hunting, telling jokes, and spending time with his wife, Lou Vada, along with his children and grandchildren. He also touched the lives of many foster children he and Lou Vada raised.

In addition to his parents, he was preceded in death by one brother, Donald Bond and one sister, Mary Lois Horsley.

Family and friends will serve as pallbearers.

Condolences may be sent to the family at www.globefc.com.
Published on January 22, 2020
To plant a tree in memory of Glen A. Bond, please visit Tribute Store.

Plant a tree in memory
of Glen

A place to share condolences and memories.
The guestbook expires on April 21, 2020.