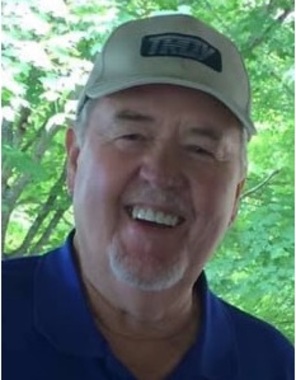 Back to Ferrell's story

Mr. Ferrell "Digger" Bailey, age 76, of Grayson, entered into rest, Saturday morning, October 5, 2019, at Boyd Nursing and Rehabilitation Center in Ashland, due to an extended battle with Parkinson's.
He was born November 20, 1942, in Paintsville, a son of the late Hirst and Zelda Vanhoose Bailey.
Ferrell proudly served his country in the United States Army and was of the Methodist faith. He was a race fan and worked until his retirement for Morgan Dollar Race Team in Statesville, North Carolina. Ferrell was an avid golfer and enjoyed spending time with his family and friends, especially with his wife, Mary.
In addition to his parents, he was preceded in death by three brothers, Fred Bailey, Wallace Bailey, and Charles Bailey; three sisters, Jean Desjarden, Bula Alley, and Florence Prucnell; his mother and father-in-law, Elmer and Faye Whitley; and two brothers-in-law, Randy Whitley and Keith Whitley.
Ferrell is survived by his loving wife of 31 years, Mary Whitley Reams Bailey; one step son, Bob Skaggs of Grayson; one granddaughter, Bobbie Jac Skaggs of Florida; one brother, Dave Bailey (Sabra) of Grayson; three sisters, Martha Ward of Indiana, Faye Music of Boyd County, and Jenny Klug of Michigan; one brother-in-law, Dwight Whitley (Flo) of Sandy Hook; and his dog, Max whom he loved very much. He also leaves many other family members and friends who will sadly miss him.

A military graveside service will be held at 2 p.m. Thursday, October 10, 2019, at the Kentucky Veterans Cemetery Northeast in Greenup County, with Brother Denver Prater officiating, with full military honors presented by the Kenova American Legion Post #93.
Family may meet at 12:30 p.m. Thursday at Grayson Funeral Home & Cremation Services in Grayson, for a funeral procession to the Kentucky Veterans Cemetery Northeast.
Family and friends will serve as pallbearers.
Condolences may be sent to the family at www.graysonfh.com.
Published on October 7, 2019
To plant a tree in memory of Ferrell "Digger" Bailey, please visit Tribute Store.

Plant a tree in memory
of Ferrell

A place to share condolences and memories.
The guestbook expires on January 05, 2020.

Restore this Guestbook to share a memory or message of condolence of your own.