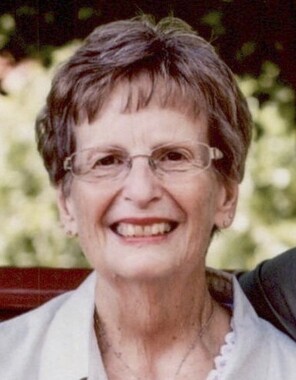 Back to Connie's story

Connie Marie Nugent, 71, of Grayson went to be with her Lord on Tuesday, January 28, 2020 at Hospice Care Center in Ashland. Connie was born January 8, 1949 in Hanesville, KY, a daughter of the late Fred and Virgie Marie Flowers Johnson. Connie married Edward Nugent on July 8, 1967, and together they raised two daughters, Dana and Karen. Connie and Edward moved to Louisville, KY where he worked for CSX railroad. In 1987, they moved to Grayson, KY. In 1988, Connie went to work as secretary to Chief of police in Ashland until she retired in 2008. She and Edward were faithful members of the Wolf Creek Baptist Church, where she enjoyed teaching the Children's Sunday School Class, and was involved in WMU. She was a devoted wife, mother and grandmother who enjoyed gardening, traveling and cooking - especially Sunday dinners with her family. Connie and grandson, Jack frequented the Grayson Fire Department to see the firetrucks and visit with friends.
Those left to cherish her memory include her husband of 52 years, Edward Earl Nugent; two daughters, Dana (Leonard) Hood of Catlettsburg and Karen Brammell of Grayson; one sister, Norma Jean Meincken of Lewisport, KY; two brothers, Orrin "Tob" Johnson of Owensboro, KY and Fred Johnson of Lewisport, KY; four grandchildren she immensely enjoyed time with, Jack Brammell, Josh Brammell, Joel Brammell and Jenna Brammell.
Funeral services will be conducted Friday, 11:00 a.m. at Malone Funeral Home with Rob Lockhart, minister. Burial will be in Kentucky Veterans Cemetery North East. Friends may call Thursday from 5:00 p.m. - 8:00 p.m. at Malone Funeral Home. Family strongly suggests memorial contributions to Grayson Volunteer Fire Department, 316 East 3rd St., Grayson, KY 41143. Condolences and memories may be shared with the family at www.malonefuneralhome.com.
Published on January 29, 2020
To send flowers to the family of Connie Marie Nugent, please visit Tribute Store.

Send flowers
in memory of Connie

A place to share condolences and memories.
The guestbook expires on April 28, 2020.

Paulette Puckett
I’m so sorry Edward for you and your families loss. I will truly miss our shared cards and grandchildren pictures.
Roger & Linda Young
View all