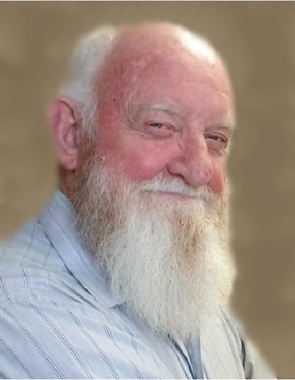 Back to Carl's story

Mr. Carl Hedge, age 72, of Olive Hill, entered into rest Sunday afternoon, January 26, 2020, at his residence.
He was born August 8, 1947, in Elliott County, a son of the late Walter and Ruby Hanshaw Hedge.
Carl was of the Christian faith and was a truck driver. He enjoyed fishing, shooting pool, riding his motorcycle, working and fixing things and spending time with his family.
In addition to his parents, he was preceded in death by his wife of 50 years, Wanda Sue Buckner Hedge and one brother, Phil Hedge.
Carl is survived by three sons, John Walter Hedge (Sylvia) and Joseph Allen Hedge (Christa), all of Olive Hill, and Timothy Ray Oney of Ashland; two daughters, Kimberly Diana Johnson (Phillip) and Levina Erwin (John), all of Olive Hill; 20 grandchildren; and 12 great grandchildren. He also leaves many other family members and friends who will sadly mourn his passing.
Funeral services will be held at 11 a.m. Wednesday, January 29, 2020, at Globe Funeral Chapel in Olive Hill, with Brother Dale Lunsford and Brother Mike Caudill officiating. Interment will follow in the Hanshaw Cemetery in Olive Hill.
Friends may visit from 6 p.m. to 9 p.m. Tuesday, January 28, 2020, and after 9 a.m. on Wednesday at the funeral home.
John Hedge, Joseph Hedge, Travis Hedge, Trace Hedge, Blake Cordial and Brandon Cordial will serve as pallbearers. Michael Taylor, Zac Cordial, D.J. Henderson and Josh Henderson will serve as honorary pallbearers.
Condolences may be sent to the family at www.globefc.com.
Published on January 27, 2020
To send flowers to the family of Carl Hedge, please visit Tribute Store.

Send flowers
in memory of Carl

A place to share condolences and memories.
The guestbook expires on April 26, 2020.